This last week, I attended the “Festival of Homiletics” in Washington D.C. as part of my continuing education. Throughout this incredible, life-giving week, I found myself asking, “How did I get here?”

My brain, my heart, and my whole self are full to bursting after this short week. I realized by Day 2 of the Festival that I needed more than the photos and short Facebook posts to be able to really share the impact of this week. I knew even then, that a blog post series was coming. And this is it!

This series will go through some of my joys, my heartbreaks, my excitements, and my challenges from the Festival. A place for me to point to when people ask me about the conference. Because honestly, there was so much in such a short amount of time, I need my notes!

So here goes “Part 1”, looking at this question of how I ended up here, at the Festival.

How did I get here?

As part of my weekly sermon preparation, I listen to a text study podcast through Luther Seminary called “Working Preacher”. I graduated from Luther just a few years ago, and so not only is it helpful sermon preparation, but I get to hear the voices of my former professors. There’s something about hearing those familiar voices illuminate scripture each week as I listen for the Holy Spirit to nudge me.

And so last year, as I was preparing for maternity leave, each week as I pulled open my podcast, it began with a familiar ad. Each year, Luther Seminary through Working Preacher puts on the “Festival of Homiletics”. It’s sort of the continuing education conference for pastors from “mainline” traditions.

For 2017, the Festival took place in San Antonio, Texas, focused on preaching at the borders. I was so amazed to hear that Rob Bell and Barbara Brown Taylor would be lecturing and preaching. Christian authors and preachers whose names appear on books in my office. I started seeing posts on Facebook from friends and colleagues who were planning to attend.

Then I looked at the date.

2017 would not be the year for me. The Festival fell right during my return from maternity leave. I wasn’t totally comfortable with the idea of leaving the church after just having been gone for six weeks, or figuring out caring for Hadley as she was not even three months old yet.

So, I figured I would find another continuing education opportunity once I returned and look for the Festival another year.

I contacted our synod office, Pacific Lutheran University, as well as checked in with other colleagues in the area. For some reason, there was just nothing going on for conferences locally during 2017. And so I had to keep looking ahead.

This post is the first in a seven-part series on experiences at the Festival of Homiletics 2018, stay tuned for upcoming parts to this series! 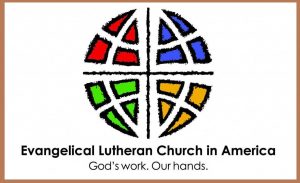 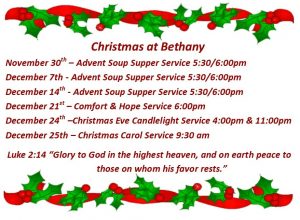